Where to get Trolling Motor Parts?

A saltwater trolling motor is purchased as a complete piece of equipment. All the relevant parts have been fitted. Once the motor is fit to the side of the boat, it is ready for continual use.

Over time, parts wear down and come to the end of their useful life. In other cases, parts may be fitted incorrectly or be faulty. In either situation, a replacement trolling motor part is required to resolve the issue. In most cases, it’s possible for experienced sailors to replace the part themselves, however, specialized boat repair shops are on-hand at strategic locations throughout the United States to offer the assistance needed.

The development and production of trolling motor parts for both Minn Kota and Newport Vessels (the two leading trolling motor manufacturers in the U.S) is an established market.

Whilst these types of specialist parts are not something one experts to see on the shelves of the local Wal*Mart superstore; they are still accessible to boating enthusiasts who don’t wish their enjoyment of local lakes, rivers, and the oceans to be interrupted due to a minor part becoming faulty or completely unusable. 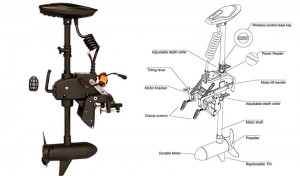 Purchasing Spare Parts to Prevent an Interruption During Boating Season

In the Special Forces community, they have a saying, “Two is one, and One is None.” This means that should be an individual component, or piece of equipment go wrong, having only one is a bad plan when it causes the mission to fail. Similarly, with parts that are known to wear out or become faulty after so many cycled uses, it is smart to buy replacement parts before they’re required to be ready.

The purchase of spare parts ahead of the requirement not only prevents a breakdown of the use of the vessel, but it also avoids annoying issues with parts being out of stock and a new batch now slated for manufacturer soon, or indeed, the part no longer being made at all. Parts have an extended shelf life, so it never hurts to have a good supply of the most obvious spares to ensure the continued use of a beloved boat that you or the whole family enjoys the use of on extended weekends.

While batteries tend to be reliable and have a well-understood life expectancy, the truth is that we all know batteries that suddenly failed at the most inconvenient times and often with little or no warning ahead of time.

Whether it’s a problem with the connectors on the battery or the battery simply not holding much of a change any longer, or the marine battery box has been damaged beyond repair, it’s not too surprising when batteries need a sudden replacement. As long as you have a good place to store one at the proper temperature, having a spare battery on standby is never a bad idea.

Props Can Be an Issue Too

Without a good propeller, you’re pretty much dead in the water at that point. Whether it’s a decent prop or a set of prop nuts that has come loose and fallen away, have a problem with either of these, and you’re going nowhere fast.

A spare prop and a prop nut set isn’t a bad thing to have on the shelf ready for the worst. It may not save you from a prop-related problem in the middle of the lake (unless you carry the spares with you on the boat) but it will allow a fast fix of the trolling motor to get it back in the water quickly.

The mounting for the trolling motor is broken, and the motor just won’t stay on the side of the boat to let the propeller power through the water successfully. This type of issue seems like a small one, but with a mount that’s no longer fitting properly, the trolling motor isn’t going to work well from there on.

The telescoping handle is the most useful way to control the boat’s trolling motor from a short distance. Pointing the propeller in the required direction is necessary to pilot properly and avoid collisions with either other boats or people in the water for a swim in the local lake.

One of the latest innovations in boating is a solar panel to supply between 5 watts up to 100 watts of power. The boat’s system is able to use the power converted from monocrystalline charging panels to feed different amounts of DC power to systems like navigation, power distribution, lighting, and electrical outlets.

Sometimes either the solar panel(s), the cabling or the battery bank becomes faulty or damaged and needs replacing. When the solar panels regularly supply enough watt-hours of power for daily use, their loss can be significant. Any boat that’s moved away from fully engine powered systems to run non-primary systems could quickly find they’ve lost a lot of functionality that came to be expected with a modern boating experience.

A spare solar panel, cabling or battery system is a good idea to cover the loss of system functionality.

When owning a Minn Kota and Newport Vessels’ trolling motor, one must buy their branded parts for best success when swapping out faulty components. Trying to buy a generic version is usually a bad idea, and even if it were to fit, it’d likely let you down just when you needed it when coming back from a long journey on the water. It just isn’t worth taking the risk. Buy original at all times.

The smaller the part and the less often it is needed, the trickier it is to find a suitable one. Both Newport Vessels and Minn Kota tend to outsource the supply of spare parts to mainstream boating equipment distributors. There are not that many to choose from, and the list of components can be somewhat baffling at first.

Alternatively, Amazon.com actually not only supplies trolling motors but also many of the components too. In almost all cases, these get supplied through third-party vendors (unless the part is a popular one in the boating community). Sometimes the parts may be ordered separately, and at other times Amazon offers then as an Add-On. The Add-On category is where the part is ordered as part of another related order, like buying a larger item, such as a boating solar panel or a backup trolling motor. It largely depends on the part that is needed whether Amazon provides it and will sell it completely separately to another boating-related purchase.

Don’t Let the Cost Hold You Back

Individual parts are not too expensive. Most parts are in the $5 to $20 range, but it obviously depends on the actual item. Many times, the replacement is a nut or a cable or other minor part and the time to deal with organizing the replacement is more of an inconvenience than the cost of the part itself. Therefore, the cost of spare trolling motor parts shouldn’t really be a concern; they’re certainly less expensive than batteries or whole trolling motors themselves.

So, don’t let cost hold you back from making sure that you’re ready for all your boating needs. 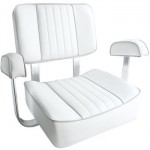 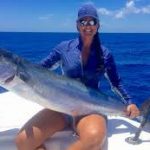 Types of Freshwater and Saltwater Fishing

Accessories
About TMB Guides
Trolling motor battery is a Auto Lover's blog where we have tried our best to give a easy snapshot of the best Trolling motor battery Available in the US market based on Price, Best selling and Customer Reviews at Amazon.
Follow Us
Search
This kind of movements is just not part of the high-end and high-beat 5Hz assortment (like replica watches the9S86 within theGrand Seiko Hi-Beat 36000 GMT) yet it's even now an appealing and extremely well-crafted motion (of course, produced, made and also developed in-house).